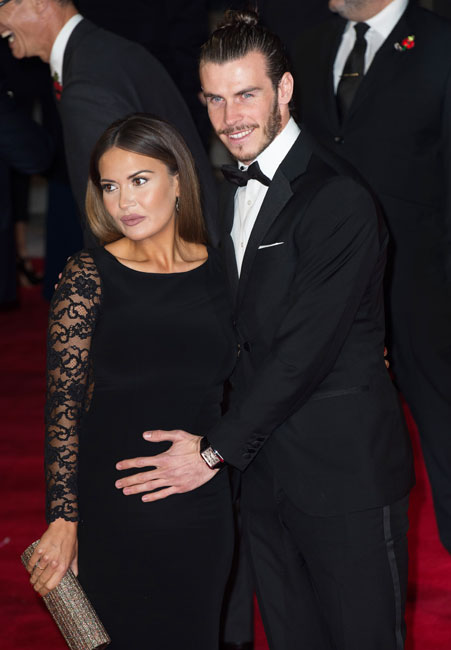 Wales and Real Madrid footballer Gareth Bale has once again become a father following the birth of his second daughter Nava Valentina.
The winger, who is from Cardiff, announced news of her arrival on Twitter on Tuesday. Bale posted a picture of newborn Nava Valentina holding his finger on Twitter on Tuesday afternoon and captioned it: “Delighted to welcome another beautiful baby daughter into our family today. Nava Valentina Bale”.
Bale said he was “delighted to welcome another beautiful baby daughter”.
The couple already have a daughter called Alba Violet, three, who was born at the University Hospital of Wales in October 2012.
The Real Madrid man did not meet up with the Wales squad this week ahead of friendlies with Northern Ireland and Ukraine as he anticipated the birth.
Nava is said to be a name of Hebrew origin meaning pretty, pleasant or desirable.

Cristiano Ronaldo May be Leaving Real Madrid to Return Back to Manchester United!

Video: Cristiano Ronaldo’s Japanese Fans get Crazy After he Showed off his Abs During TV Show!

, By Albert L., for Golden Icons